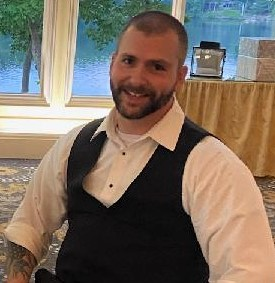 With regret, the family of Michael Matthew Abbadessa, a Senior Officer Specialist for the Federal Bureau of Prisons in Otisville, New York, reports his unexpected passing on January 16, 2023, in Dingmans Ferry, PA. He was 39 years old.

The son of Matthew Michael Abbadessa and Justina Marie (Wheeling) Albright, he was born on April 20, 1983, in Port Jervis, New York. He was a 2001 graduate of Delaware Valley High School and attended Wilkes College in Wilkes Barre, PA. Michael graduated with honors from the Federal Law Enforcement Training Center in Glynco, Georgia in October 2021, and was named the 2021 Otisville Rookie of the Year. Michael was also a member of the Disturbance Control Team at Otisville.

Michael was an avid New York Yankees and Philadelphia Eagles follower, a Star Wars fan, and a devotee to physical fitness. He enjoyed the outdoors, particularly the Delaware River and its surroundings, where he spent his childhood and most of his adult life. Michael was passionate about his work as a Corrections Officer, and took great pride in his ability to serve his community through his work. He was an accomplished home cook who was especially skilled at creating the cherished Italian-American dishes he grew up with. Michael adored animals of all kinds, and leaves behind his pet cat Yone.

Arrangements were made by Stroyan Funeral Home, Milford, PA (www.stroyanfuneralhome.com).