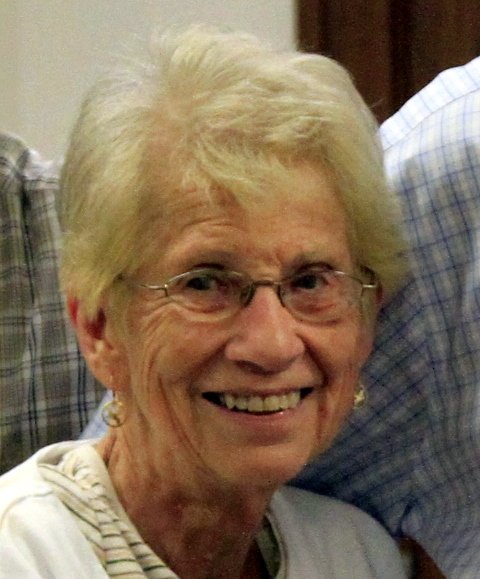 Carol was born May 10th, 1930 in Hillside NJ to Grace and George Goehring.  The youngest of three, she is survived by her brother George Goehring (Germantown, TN) along with her children Gail Husson (San Leandro, CA), Linda Husson (Shohola, PA) and Gary Husson, daughter-in-law Coleen Husson, and grandchildren Aaron and Rebecca Husson (Hawley, PA).  She was pre-deceased by her husband Eugene Husson (2007), and her sister Betty Hall (2013).

Carol moved to Milford in 1939 when her parents purchased the Schanno House hotel outside of Milford.  Carol loved living in the country where she could tend to the cows, chickens, horses and many cats and dogs.

She spent one year at East Stroudsburg State College, planning to be a teacher, but married Eugene Husson and became a mother.  She and Gene had their own school bus business and drove for Delaware Valley school district for a combined 65 years.   She was the first woman bus driver in the area, at a time when women drivers anywhere were very rare.  Over the years, she came to love her job.  In 1992, she and Gene were recognized by the PA School Bus Association and Governor Robert Casey for driving 1.25 million miles over a combined 65 years without an accident.

Carol’s pride and joy was her home on Twin Lakes Road, where she loved planting flowers and mowing her huge lawn.  She was also a great cook and loved making applesauce with apples from her own trees.  She was a true lover of animals, always having multiple dogs and cats in her home.  Over the years, many stray cats became part of the family, and her rescued Border Collies “Misty” and “Fred” held a special place in her heart.

Her friends were an important part of her life. She was always ready to help others, driving them places when they no longer could drive themselves.  In recent years, lunches with the ladies were a highlight of her week at Balch’s restaurant.

She became quite a traveler in her later years, visiting Gail in California yearly, and traveling to FL to visit her sister Betty and her dear friend Don Travis.  She and Gail went on two country music cruises in recent years which seemed to fulfill one of her dreams.  She also became an avid Yankees fan in her later years, in part because of her grandson Aaron’s success as a high school and college baseball pitcher.

We thank her friends and the staff at Belle Reve and Compassionate Care hospice for loving support.

A memorial service will be held in the late Spring.  Any donations of remembrance may be sent to the East Coast Herding-Dog Organization Rescue (http://echorescue.com) or an animal rescue organization of your choice.

Share Your Memory of
Carol
Upload Your Memory View All Memories
Be the first to upload a memory!
Share A Memory