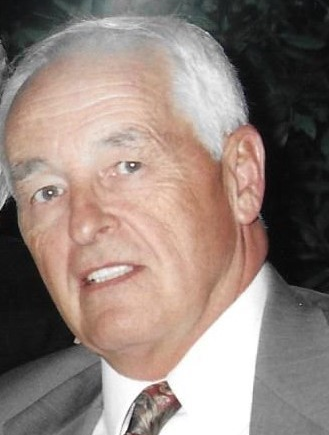 It is with great sadness that John T. Tichenor, (86) passed away peacefully in his home  surrounded by family on Sunday, July 17, 2022. He was a loving husband, father, grandfather, and great-grandfather.

John was an Insurance Advisor for William M. Mercer, a subsidiary of Marsh-McLennan, Manhattan, NY for 35 years. He was a devoted member of St. Patrick’s Roman Catholic Church, Milford, PA, and a proud United States Navy Veteran. He enjoyed traveling the world with his late wife, Barbara, and was a life long fan of the New York Yankees and Seton Hall Pirates. John lived a long life of happiness, laughter, and witty remarks. His family will try to carry on his selfless, loving, and caring nature throughout their lives as John did himself.  His greatest joy were his grandchildren and great grandchildren.

He was preceded by his siblings, Louis Tichenor, Charles Tichenor, Margaret Nemeth, and James Tichenor.

Memorial donations may be made to St Jude’s Children’s Hospital by visiting https://www.stjude.org/.