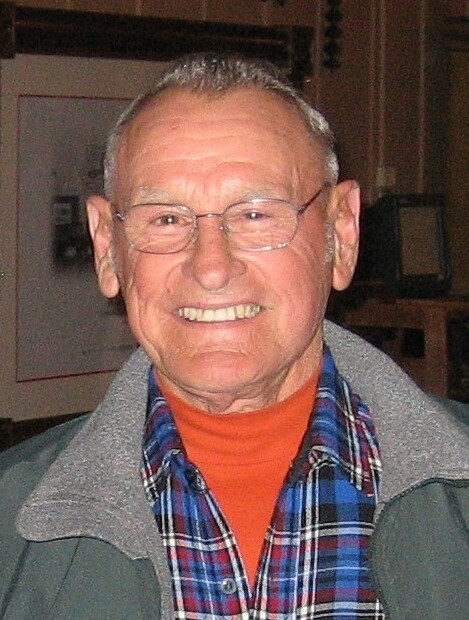 Get Directions
Friday
13
May

Get Directions
Saturday
14
May

Hugh Everett McKean passed away on May 7th at the Hackensack University Medical Center in Hackensack, NJ. He was 90 years young.

Hugh was born on October 26, 1931 in McKean Valley in the newly constructed farmhouse built by his father, Harvey, just a year earlier in 1930 on the bank of the Shohola Creek.

He was the second of six children born to Harvey Allen McKean and Pricilla Schields. Their children were raised with a respect for their family homestead. They were Marie, Hugh, Harvey, Clara, Frances and Genevieve.

Hugh became an avid outdoorsman and enjoyed to hunt, fish and trap. He enjoyed walking the local mountains in search of that giant whitetail buck. He loved fishing in the Shohola Brook or anywhere that he could get a big rainbow trout on the end of his line. He was a successful trapper and would awake hours before going to school to jump into the woods to set his traps for beaver and fox.

Hugh was educated at the Shohola School House and then attended Milford High School. Upon graduation, Hugh started a poultry business in the McKean Valley. He raised thousands of chickens every year and would sell them to wholesalers in New York for distribution.

Nicholas Lawrick, Hugh’s future father-in-law, would travel from New Jersey to hunt with Hugh’s father, Harvey. Nick would also bring along his son Nick Jr. (Zeke) and Hugh and Zeke became good friends. Zeke then introduced Hugh to his sister, Lorraine. Hugh and Lorraine were married in 1954 and had two children together, Hugh, born in 1956 and Mark, born in 1959.

Hugh served in the Army in 1954, during the Korean War. He became a corporal and a tank commander and was stationed in both Fort Knox, KY and Fort Hood, TX.

When he returned home from the Army, he made a major change in his life. His poultry business had been destroyed by a flood in 1955. Nicholas had a construction company in NJ and he offered Hugh a job. Hugh and Lorraine moved to East Paterson, NJ where he became a mason and carpenter. Hugh went on to start his own successful construction company, McKean Construction.

In 1960, Hugh and Lorraine built a new home in Fairfield, NJ and where they raised their two sons. In 1980, Hugh left the construction business to became the service manager at Midland Service in Long Island City, NY, where he kept the largest fleet of cabs in New York running every day until he retired at the age of 87.

McKean Valley was always Hugh’s favorite place to spend his time. He loved working on improving the property there and also constructed a new home on the bank of the Shohola Brook, as his father did.

Hugh was a devoted family man and always stressed of the importance of family and legacy. He has five loving grandchildren and four great-grandchildren.

Hugh is survived by his wife, Lorraine McKean of Fairfield, NJ.

Memorial services will be held on Saturday, May 14 at 10:00AM with Rev. Butch Gilpin officiating. Burial is to follow at the McKean Valley Cemetery in Shohola, PA.

Share Your Memory of
Hugh
Upload Your Memory View All Memories
Be the first to upload a memory!
Share A Memory