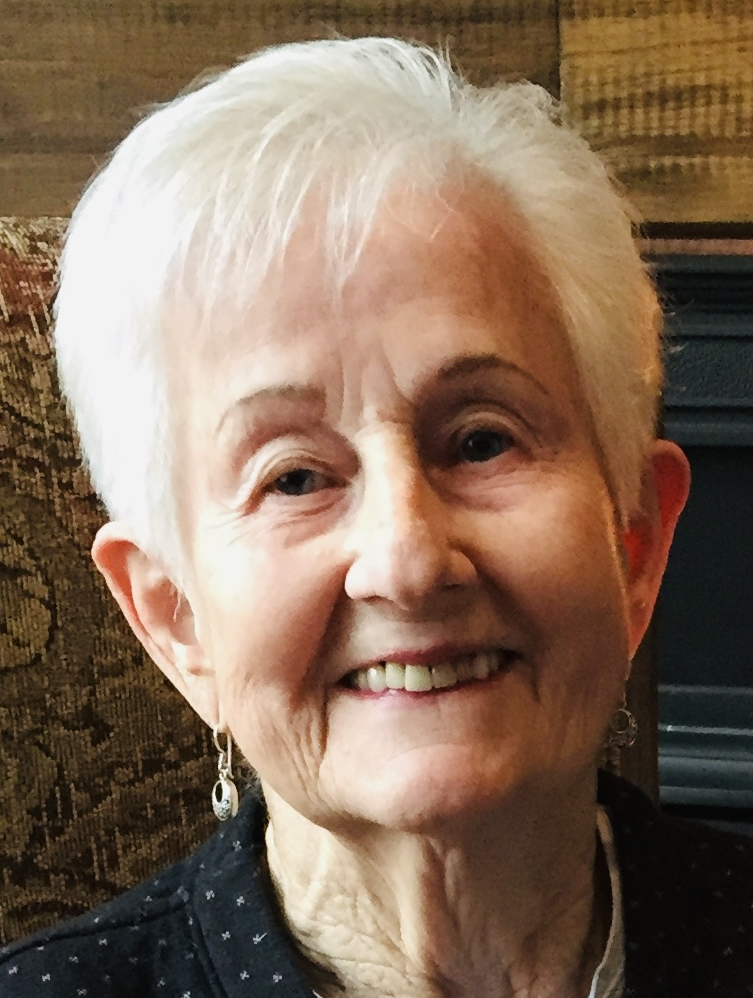 Caroline (Carrie) Josephine Kretoski Gainer was a proud Polish American, West Virginian, sister to eight, mother of four, with an adventuresome spirit and sense of humor that got us all through “thick and thin.” After the last 14 years of covering for, handling with humor, and challenging us with her dementia, she died peacefully at the age of 91 at Alliance Senior Home in Matamoras, PA.

Carrie was born in Springdale, PA and moved as an infant to Grant Town, WV. Her Polish immigrant father, (Josef Krzeptowski) Joseph Kretoski, died young of coalminer’s Black Lung when she was little. A few years later, the family moved to the coal mining town of Rivesville, WV. Growing up in Rivesville was tough and prepared her well for challenges in adult life. She learned to swim in the Monogahela River, ran and climbed as fast as her brothers, competed in the dusty street game of marbles, and played hard to win in card games.

She graduated from high school early to enter the workforce at a post WWII factory position hired because she was left handed. She went on to earn her cosmetology license and joined her sister at Vicki’s Beauty Shop in Rivesville, WV for several years in the late 1940’s. She married Gordon Gainer in 1950 and operated her own beauty salon in Fairmont, WV. In 1952, Carrie and Gordon moved to Newark, Ohio with a new baby and new jobs at Owens Corning Fiberglas. In the 30 years Carrie lived in Newark and Heath, Ohio, she raised four children, and was an active community leader for organizations and causes for women, youth and families. In 1963, she and Gordon established Ace Newspapers, Inc., a weekly newspaper and printing business to serve the growing population of Heath, Ohio. The family business was located in the Mid-Ohio Industrial Park, where after school, on weekends, and summers, the family put in a large garden, basketball hoop, and picnic table behind the business building. This is where the Gainer children were instilled with Carrie and Gordon’s strong work ethic. She served on many boards, ran for the office of County Clerk of Courts, and was honored as the 1974 Licking County Democratic Woman of the Year.

After her youngest child’s 1983 high school graduation, Carrie started the next chapter of her life. With a modest savings and what she could pack in her car, she drove to California. She secured a position at U.C. Davis and she later became the administrative director for the U.C. Davis Medical Center’s Dept. of Internal Medicine, Radio-diagnosis/ Oncology Division. Carrie became an avid hiker, motorcyclist, and cross-country skier, hitchhiked around Alaska, and traveled to Africa and Europe. A highlight for her was a visit to Zakopane, on the Polish Czech border, where they met their father’s family for the first time. She was also a member of the motorcycle group, The Retreads, traveling the Foothills and along the California coast on her 1996 Kawasaki 500.

After retirement, Carrie moved to Eureka, CA near her daughter, Maggie, where she became an active volunteer with the St. Joseph Hospital Volunteers, the Humboldt Gem & Mineral Society, and joined a memoir writing class, Stringing the Pearls, as well as water aerobics classes at Healthsport. During this period, she developed the onset of dementia.

By 2013, she required more care and her family moved her into a senior home near her daughter, Vicki, in Milford, PA. Even with dementia, she continued to enjoy music, play harmonica, and make friends. She lived her final years with Vicki’s and son-in-law, Mike’s loving care and the warm and dedicated daily attention of caregiver, Georgina Miner.

In lieu of flowers and a formal memorial service, her family asks that you remember Carrie by telling all the stories, being a good friend, pay it forward to help others, and enjoy fully the good in life. Ski, motorcycle, play tough in marbles and cards. Gather on her birthday, September 18, to fill up on pierogies, cake and ice cream. If you wish, honor Caroline Gainer with a donation in her name to Karen Ann Quinlan Hospice, 99 Sparta Avenue, Newton, NJ 07860.

Share Your Memory of
Caroline
Upload Your Memory View All Memories
Be the first to upload a memory!
Share A Memory