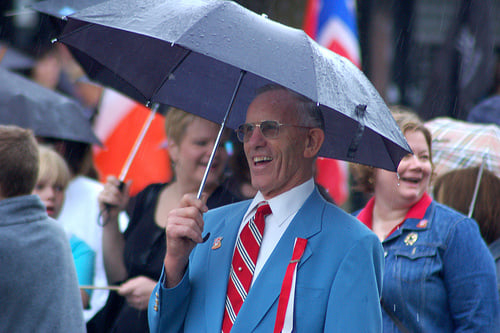 Mr. Anstein Tjørnhom, 87, died on February 25, 2021 in Newton, New Jersey. He was born on October 31, 1933 and raised in Rafoss, Kvinesdal, Norway. At the age of 19 he ventured forth to the United States in pursuit of his education. He studied at Polytechnic Institute in New York where he received a bachelor's degree in electrical engineering, graduating with honors. He worked as a master carpenter for Glenn Partition and retired at the age of 64. It was in Brooklyn, New York, at Trinity Lutheran Church that he met the love of his life, Arlene. They married in 1956 and enjoyed sixty-five wonderful years together. They had four children; Ruth Ann (who died as an infant), Alan, Cindy, and Lisa. As a member of Trinity he was very involved as council president, Sunday School teacher, and Boy Scout leader. In Brooklyn he was also very involved with the Norwegian 17th of May Committee, the Norwegian Christian Home Committee, a lifetime member of Sons of Norway Norbu Lodge, and was a proud Norwegian his entire life. He is survived by his wife Arlene, his son Alan (and Jean) Tjornhom, daughter Cindy (and Mark) Stevens, Lisa (and Roy) Henricksen, grandchildren; Kristi Hamaty, Alex Hamaty, Kristen (and Ian) Lindsay, Raymond Henricksen, Andrew Stevens, Britt Henricksen, Erik Henricksen, Karl Stevens, Jonathan Tjornhom, and Kristopher Tjornhom, great grandchildren; Connor, Emma, Sophia, and Joshua, and brother; Tor Tjørnhom; predeceased by sisters Astrid, Kjellaug, Lisabet, and brothers Torbjørn and Ingvald. A private service will be held for the family on Saturday, March 13th at Holy Trinity Lutheran Church, Dingman's Ferry, Pennsylvania. Donations can be made to the Norwegian Christian Home, Brooklyn, New York. Interment will be in the spring at Delaware Cemetery, Dingman's Ferry, Pennsylvania. Holy Trinity Lutheran Church is inviting you to the Memorial service for Anstein Tjornhom Time: Mar 13, 2021 02:00 PM Eastern Time (US and Canada) Join Zoom Meeting https://us02web.zoom.us/j/89113088557 Meeting ID: 891 1308 8557 One tap mobile +16465588656,,89113088557# US (New York) +13017158592,,89113088557# US (Washington DC)
Share Your Memory of
Anstein
Upload Your Memory View All Memories
Be the first to upload a memory!
Share A Memory