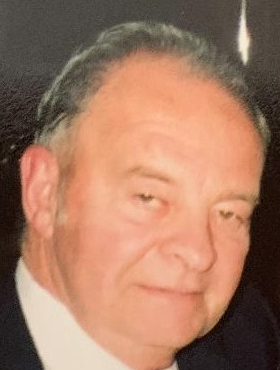 Donald J Swanson Sr. of Milford, PA passed away peacefully on Thursday, December 15, 2022 at Newton Medical Center, Newton, NJ at the age of 89. He was the son of the late Harry and Cecelia (McBride) Swanson of Brooklyn, NY and was predeceased by his wife of 65 years, Patricia M. Swanson (Baird).

Donald served 8 years in the US Armed Forces as a CPL and was honorably discharged in 1961.  He retired in 1993 as Chief Lineman with Jersey Central Power and Light after 38 years of employment. Donald was a lifetime member of the NJ State Firemen’s Association having volunteered with the Newton Fire Dept. Chemical Company #2. He was a member of the US Dept. of Veterans Affairs, an avid supporter of the American Legion, Milford, PA and enjoyed many activities sponsored by the Military Preservation Association and the Red Ball Military Transport Club. He was often seen driving his restored  1943 Ford GPW, always donning his Korean War Veteran baseball cap.

He had many hobbies including hunting, fishing, jeep restoration, was an avid collector of all sorts, and a WWII historian in which he shared with his four children Donald Swanson Jr, Bret Swanson (his wife Nancy Allan Swanson), Teresa M. Swanson-Fenton, and Amy Swanson Swistack (husband James Swistack Jr.), along with seven grandchildren, Kevin (his wife Emily), Sarah, Danielle, Carly, Devan, Bradley, and Brianna. He also leaves behind one great granddaughter, Dakota.

In lieu of flowers, the family requests donations made on Donald’s behalf to the American Legion Post 139, PO Box 144, Milford, PA 18337.

Share Your Memory of
Donald
Upload Your Memory View All Memories
Be the first to upload a memory!
Share A Memory