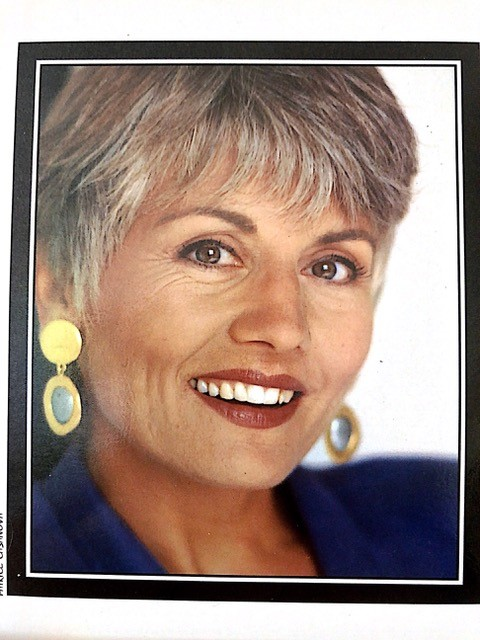 Our beloved Luisa D. Slater Weinstein of Milford, PA passed away peacefully on December 8, 2019, after a long and courageous battle against Alzheimer’s Disease. She fought the battle with the same grace and dignity that embodied her entire life.

Luisa, or Lucy as she was known to family and old friends, was born on February 24, 1948 in Peoria, IL. Luisa grew up in Minneapolis, MN, but often commented that her favorite childhood memories were the summers she spent on the family farm in North Dakota. It was on that farm that she developed her love for the outdoors and especially her passion for horses.

Luisa graduated from Patrick Henry HS in Minneapolis, MN and began an 18-year career as a flight attendant with Eastern Airlines, based in NYC. It was there that she met her future husband, Michael E. Weinstein. They were married in NYC in 1969.

Luisa and Michael eventually moved to Milford, PA, where they started their family.

At the age of 43 years, Luisa returned to school, and she graduated from East Stroudsburg University in 1995. She continued on to earn her Masters in Social Work from Columbia University in 1998. This began her 12-year career as a school social worker at the Delaware Valley School District. Luisa loved her profession and her work at D.V. She made lifelong friends of her colleagues and with many students as well.

Luisa is survived by her husband Michael at home, her daughter Rachel White, and son in law Christopher, and the three brightest lights in her life, her three grandsons: Charles, Jackson and Benjamin, all of Brooklyn, NY. She was predeceased by her son Jesse.

In lieu of flowers, donations may be made to GAIT Therapeutic Riding Center (www.gaittrc.org), a non-profit close to Luisa’s heart, and on whose board she served proudly.

Share Your Memory of
Luisa
Upload Your Memory View All Memories
Be the first to upload a memory!
Share A Memory