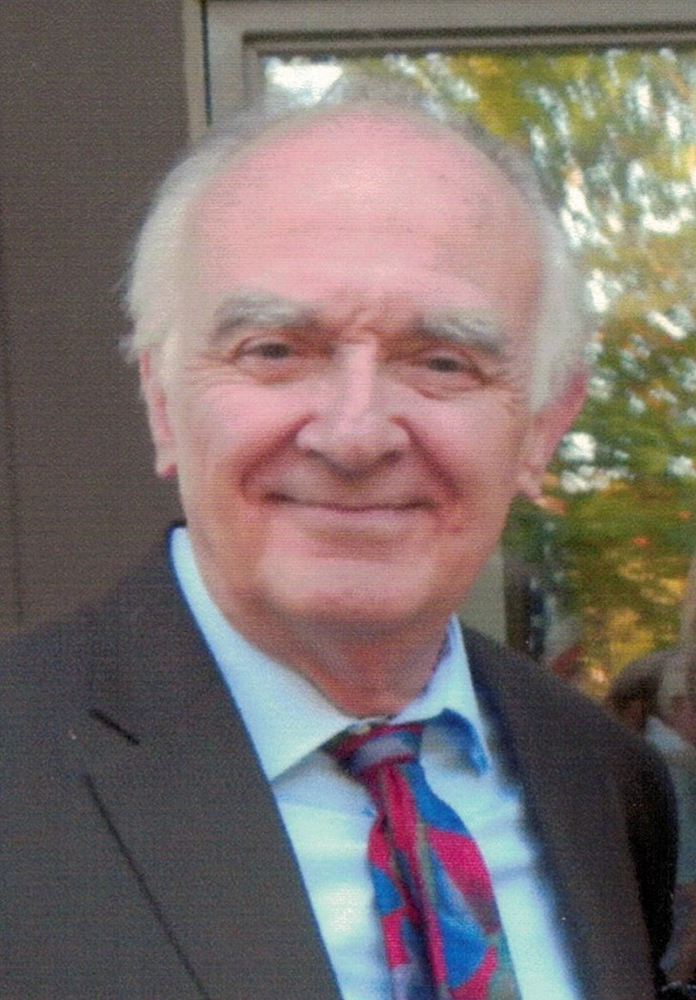 In addition to his green thumb, Phil had a big and quirky sense of humor. He enjoyed laughing at Progressive commercials (with Jamie in them), ice cream cones, Pearson’s  Salted Nut Rolls (or most other candy bars) and watching hours of The Andy Griffith Show (episodes with Barney Fife). He despised mean people, The Andy Griffith Show (episodes with Howard Sprague) and his walker.

Phil was a devoted family man. He saw his future wife Carolyn from across the room at work and it was love at first sight… they were married soon after. And Phil loved his 3 boys, always letting them make their own decisions but being there for them if things didn’t work out. He also taught them it was okay to swear if you were working on cars or any other DIY project around the house.

In addition to being a wonderful family man, Phil was also super smart. He had a degree in Mathematics from Iowa State University and a Masters in Engineering… whoa. He worked at  Rock Island Arsenal (1966-1977) and then Picatinny Arsenal (1977-1999). And just for fun he went on to teach Math as an Adjunct Professor at Sussex Community College from 2004-2020.

Phil also had a big family. He is preceded in death by his parents Edward and Denise Benzkofer of Milford, IA. His siblings include Madeline (stillbirth), Robert (deceased), Alan (and wife Liz of Mankato, MN), Richard (deceased, and wife Peggy of Austin, MN) and Diane Williams of Cherokee, IA.

His wife of 54 years Carolyn will miss him, along with their sons Mark (and wife Karen) of Rockaway, NJ, Michael (and wife Dawn) of Wilkes-Barre, PA and Steve (and wife Erica) of Effort, PA. But that’s not all… there are a grand total of 13 grandchildren: Alannah, Alexa, Allison, Amanda, Brendan, Cecilia, Kelly, Kendell, Lisa, Michael Jr., Sean, Talulah and Taylor.

Fun facts about Phil include: he had no indoor plumbing growing up until he got to college, could touch his nose with his tongue, was the first at the table to eat and the last to leave, could throw a faulty snowblower across any garage effortlessly and had a pet pig.

So instead of sending flowers (Phil had enough of those at home) he requested a donation in his name to St. Jude’s Children’s Hospital.

Phil will be forever missed, but never forgotten.

A Mass of Christian Burial will be celebrated at St. Vincent dePaul Church, Milford, PA on Wednesday, April 6, 2022 at 10 AM with Rev. John Boyle officiating.

Share Your Memory of
Philip
Upload Your Memory View All Memories
Be the first to upload a memory!
Share A Memory