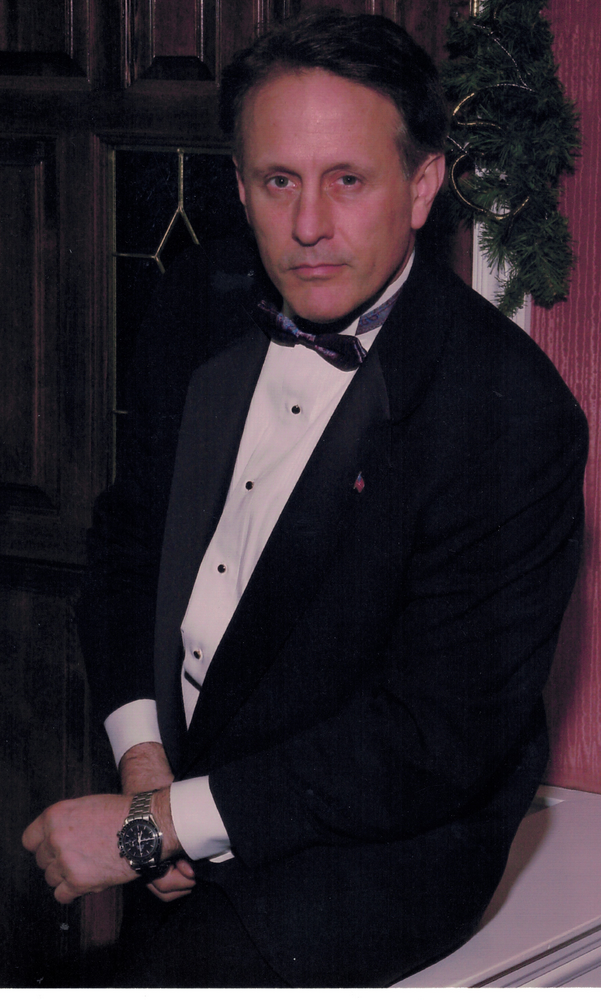 Charles Jeffrey Cox passed away on January 27th, 2022 in Warren, New Jersey at the age of 63. Jeffrey was born in Port Jervis, NY to Charles Joseph Cox and Audubon Cox on September 24th, 1958. He graduated from Delaware Valley High School in 1976. He was employed as a maître d’ for over 40 years at The Manor, L’Affaire and The Primavera Regency banquet venues.

He was an avid outdoorsman and spent much of his free time hunting and walking in the woods or fishing on the Delaware River as well as enjoying his motorcycles.  His passion for archery and deer hunting cultivated many long friendships and was his favorite way to spend time with his son Stephen.  One of his true loves was the Delaware River. Whether it was fishing, boating, kayaking or just taking a drive to see the river, he felt at home and in awe. Not only did he love the river, but like all things he loved doing, he loved sharing these moments and his expertise with his children and friends.

Jeffrey was not short of interests and hobbies and loved finding all the accessories that came with them.  When not exploring the outdoors, he was spending time riding his motorcycles and hanging out with his long time friends at Warner Tschopp’s garage in Milford, Pa, or at D & A’s garage in Pittston, Pa with the Moss family, especially for their 4th of July gatherings.  Some life long friendships were formed as children; in fact, it was little league baseball that brought about the family friendship formed with the Moss family. Jeffrey was very loyal to his friends and kept in close contact with classmates from Thomas Jefferson High School in Elizabeth, NJ where he excelled in playing football and baseball. He would later attend Salem College and then East Stroudsburg University.

Jeffrey valued making connections and could strike up a conversation with anyone he crossed paths with.  He enjoyed talking to people and finding their shared interests, sharing about his children’s lives and making that basic human connection that is so often missed nowadays.

Jeffrey is survived by his wife Nora and their daughter Miah of Warren, NJ; his former wife Leeann Campbell and their children Ashley and husband Guido of Naples, Italy; Stephen and wife Michaela of Matamoras, Pa and his son Jonathan Keenan of Sarasota Fl. He is also survived by his brothers Craig and wife Sharon of Milford, Pa; Brad and wife Jennifer of Pittston, Pa, and his mother Audubon and husband James of Jennings, Fl. He is survived by his beloved grandchildren Emilia, Christian, Aubrey, Francesco and his nieces and nephews. He was preceded in death by his father Charles Joseph.

A viewing will be held at Stroyan Funeral Home, 405 West Harford St., Milford, PA on Friday, February 4, 2022 from 11 AM to 1 PM. Funeral services will be held at the funeral home on Friday, February 4, 2022 at 1 PM with Rev. John Lashuay of Pine Island Bible Church officiating. To view services, please use following link (https://us02web.zoom.us/rec/share/21xZRrGcSh31PgTKcLsqtoUi650RJMnarMbXqOZJxl1MXc7cwbXu0KPG0jZIL5TN.n6GhVZxVKGnlE_H- ) (Passcode: 0k8#Hd8e).

Cremation will take place at MacLennan Hall Crematorium, Milford, PA and final interment will be private at the convenience of the family in Milford Cemetery, Dingman Township, PA.

Share Your Memory of
Charles
Upload Your Memory View All Memories
Be the first to upload a memory!
Share A Memory