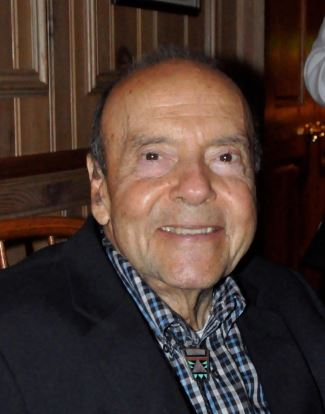 On November 4th, 2019 Fayez M. Dahan was revealed to have passed on to the Lord and to his parents Michel and Yvonne Dahan into life everlasting.

Fayez dreamed big and was fearless in how he lived his life. His Faith in the Lord predicated every step he took. To know him would be to understand the symbolic importance of his favorite sequence of numbers, 1-2-6.  As Fayez liked to explain, first he was ‘ONE’ - born in Tanta, Egypt on Palm Sunday, April 14, 1935. After his schooling in Alexandria, Egypt, he journeyed to Lebanon where he stayed several years before eventually landing in New York City in 1962. There he won over the heart of the strongest, ‘most beautiful’ and independent woman he had ever met, Barbara “Bobs” Malhame, daughter of Helen Malhame and David Malhame. With her at his side, he then became ‘TWO.’ Their shared Lebanese culture would be a bond to connect them for a lifetime. She was his wife and his co-pilot (figuratively and literally) for 55 extraordinary, sometimes crazy, laughter-filled years. Fayez became ‘SIX’ through those years having had their four children, Michele, Rita, David and Joseph. Collectively, they strive to honor and reflect the attributes family and friends cherish most in Fayez: his generosity and compassion, his conscience and integrity, and his work ethic and sense of humor.

Whether knowing Fayez as a family member, a friend, an associate, or as a Financial Advisor, the impression he made on those is substantial, endearing, and everlasting. The gift of Fayez lives on through his beloved grandchildren Sophia, Claudia and Carter Woods, and Benjamin and Isaac Dahan.  Fayez’s sisters Magda, Mona and Nora give Barbara a source of strength, comfort and laughter in much the way Fayez did.

The Dahan Family is grateful for the community support and deeply rooted friendships which have been extended to us since his departure. The name Fayez literally translates to “Victory” in English. How befitting that his transition to join the angels, who guard and protect us all, occurred off a road called ‘Victory Lane’ a mere 12 minutes and 6 miles  (‘1-2-6’) away from his family home in Shohola, PA.  Thank you, Fayez. Thank you, dad. Thank you Jido, for teaching us to focus on what matters and for showing us so many signs of your love of life, love for people, and care for what matters most. You are an anchor that has left us with wings to soar.

In lieu of flowers, please send donations to the Catholic Relief Services, 228 West Lexington Street, Baltimore, MD  21201.  This is the organization that sponsored Fayez’s immigration to the USA or the Pike County Public Library, 119 E. Harford Street, Milford, PA  18337.

Fayez will be laid to eternal rest during a private ceremony over the Thanksgiving Holidays.

Share Your Memory of
Fayez
Upload Your Memory View All Memories
Be the first to upload a memory!