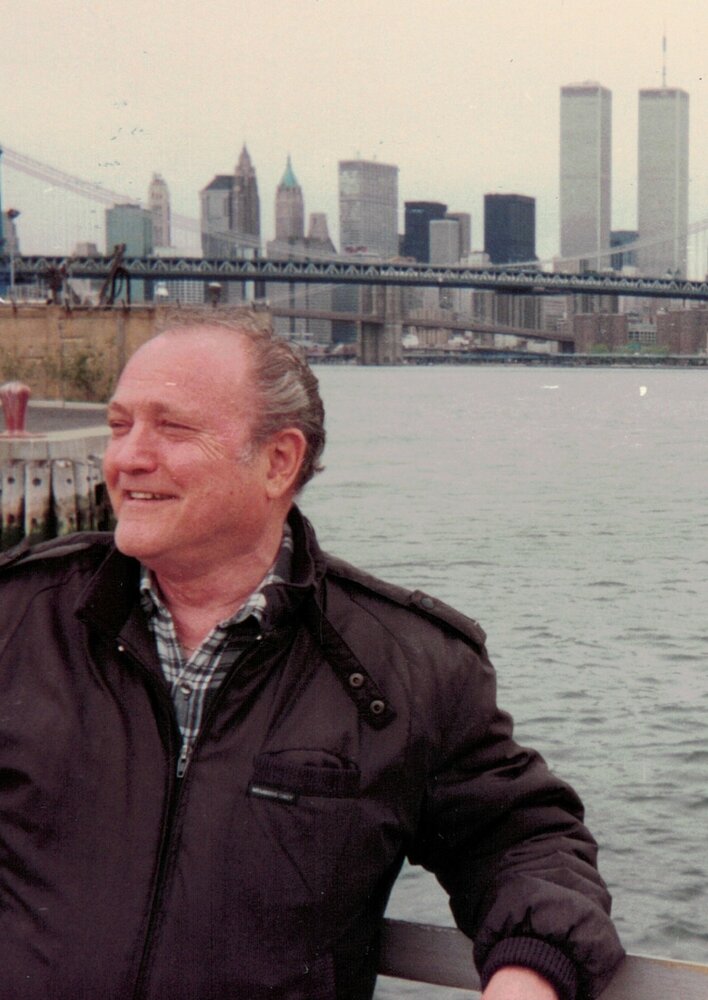 Obituary of Frank B. Patierno

It is with great sadness that we announce the passing of Frank B. Patierno, beloved husband, father, uncle, and friend. Frank passed away at home peacefully, surrounded by his family as he made his way into the arms of our Lord. Frank was born in the Bronx, NY on October 14, 1930 to Antonio and Angelina Patierno, of Bari, Italy. He lived in the Bronx for 69 years and then moved to Milford, Pennsylvania. Frank was a veteran of the U.S. Army, and served his country faithfully as a field wireman, medic, and cook during the Korean War. It was during this time when he was stationed in Europe that he met Jackie, his love and wife of 60 years. Frank returned home after the war, but he knew that he would one day marry her. They wrote to each other for 7 years until Frank asked for Jackie’s hand in marriage in 1961. They would go on to have 3 loving daughters Angela, Marie, and Cindy. Frank worked as a draftsman until he earned his Engineering Degree from Pratt Institute in New York City. Frank spent most of his career working as a Professional Engineer for the New York City Transit Authority. Frank loved electronics and collecting gadgets of any kind. He enjoyed gardening and spending time with Jackie in their vegetable garden. He also loved being near the ocean and teaching his daughters how to fish, crab, and clam on their yearly family summer trips to Hampton Bays and their summer cottage in Shirley, NY. Above all, Frank’s faith and worship in God and spending time with family were his most cherished activities. Frank is survived by his wife Jackie, his daughters Marie and Cindy and son-in-law Ronald Boguszewski, and their beloved animal family. He is also survived by his nephew and nieces, Frank and Connie Zeman, and Pat Peters, grand nephews Paul and James Peters, grand nieces Britney Peters and Toni Tokash, all the Pizzitelli families of Bari and Rome, Italy, and Toronto, Canada, and many great grand nephews and grand nieces. Frank was predeceased by his beautiful daughter Angela M. Patierno and beloved nephew Paul Peters. Family and friends may call at Stroyan Funeral Home, 405 W. Harford Street, Milford PA on Saturday, September 11 from 9 to 11 am. Funeral service will follow at 11 am with Chaplain Wen-Ling Lai officiating. Burial will be at Ferncliff Cemetery in Hartsdale, NY. In lieu of flowers, memorial donations may be made to: Pike County Humane Society, PO Box 255, Milford, PA 18337 or Food Pantry, c/o Blairstown First United Methodist Church, 10 Stillwater Road, Blairstown, NJ 07825. Arrangements by Stroyan Funeral Home, Milford, PA (www.stroyanfuneralhome.com).

Share Your Memory of
Frank
Upload Your Memory View All Memories
Be the first to upload a memory!
Share A Memory