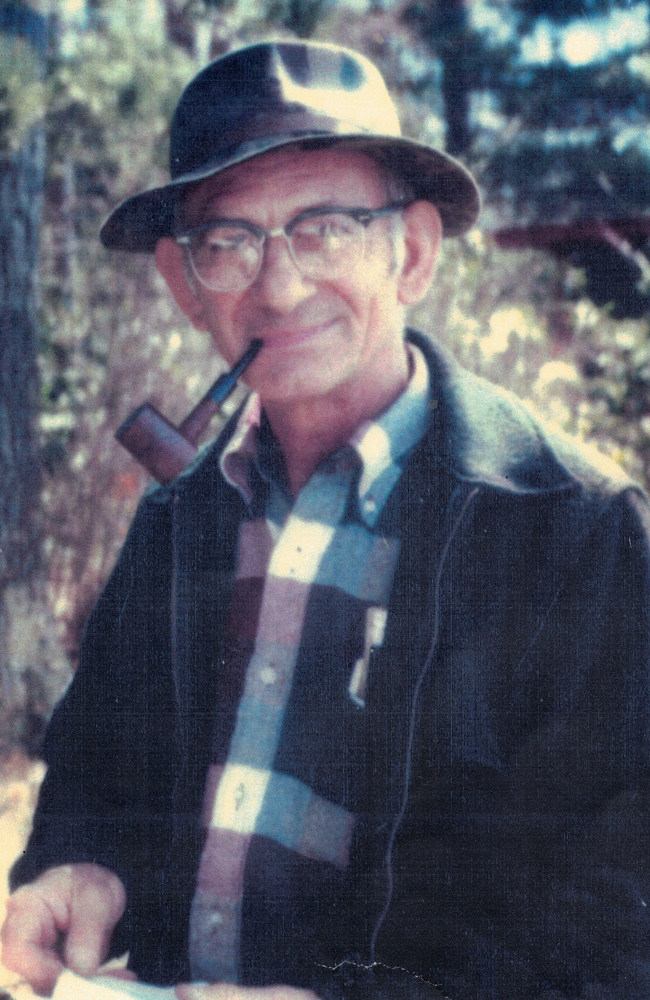 The family of Leon F. Husson, 98, of Bushkill, PA, mournfully announces his passing on August 26, 2021, after a long illness.

Leon was born on September 1, 1922, in Twin Lakes, Pa to Leon J. and Lillian Husson. However, most people knew him by the nickname Mickey. When he was a little boy, Mickey Mouse had just been created and getting a Mickey Mouse wristwatch was what every young boy wanted! He got one for his sixth birthday and treasured it always. Soon after that, his schoolmates dubbed him with the nickname that stuck throughout his life.  After graduating from Milford High School in 1938 at the age of sixteen, he studied aeronautical engineering at The Casey Jones School of Aeronautics, Newark, NJ.

In 1941, he married Ruth Bradley, and they would go on to have three children together. Leon was predeceased by his wife of 61 years. Also in that same year, after completing his aeronautical schooling, he landed a job with Chance Vought Aerospace firm and then moved into their Sikorsky Aviation Corporation starting his planned career in aeronautics. However, world events soon changed everything.

In 1943, he answered the call of duty and proudly served his counrty in WWII in the U.S. Ninth Airforce as Crew Chief aboard the infamous C-47 Skytrains. While overseas, one of his most dangerous missions was flying a full payload of high-octane gasoline to General Patton’s tanks, behind the German lines.

After returning from WWII he went into carpentry work, which eventually led him to his lifelong career as an architect. He studied architecture through the International Correspondence School, affiliated with the University of Scranton. Next, he went on to apprentice with Derick Kipp in Montclair NJ until he joined RKR architectural associates, Stroudsburg, Pa in 1962. After becoming a registered architect, he became a partner of RKR in 1970 and remained a core team member until he retired in 1984. His retirement, however, was only temporary with his return to full-time status in 1992. He only fully retired a few years ago.

Leon was always a very active man with a great sense of humor. He enjoyed fly-fishing, tying his own flies, bowhunting, rifle hunting, photography and playing music with his beloved Mountain Dewers. He was a well- known square dance caller in Pike County, playing for decades at the dances at the Delaware Twp. Volunteer Fire House.  He was a devoted family man and spent many happy hours playing and teaching them music, fishing, and hunting with them and celebrating holidays.

Leon is survived by his beloved wife of 17 years, Victoria. He is also survived by his son Brad and his wife Kathleen, Dingmans Ferry, Pa, daughter Ruth Ann Curry and her husband Ray, Milford, Pa. and daughter, Cindy Brown of Dover, De along with three stepchildren, Mark Fitzpatrick and his wife Corinne of Dingmans Ferry, Amanda Fitzpatrick of Saylorsburg, Pa and Megan Fitzpatrick and her partner Matthew Dennis of Shohola, Pa.

In lieu of flowers, donations are welcome to be made to the Bushkill Emergency Corps, PO Box 174, Bushkill, Pa 18324.

Share Your Memory of
Leon
Upload Your Memory View All Memories
Be the first to upload a memory!
Share A Memory