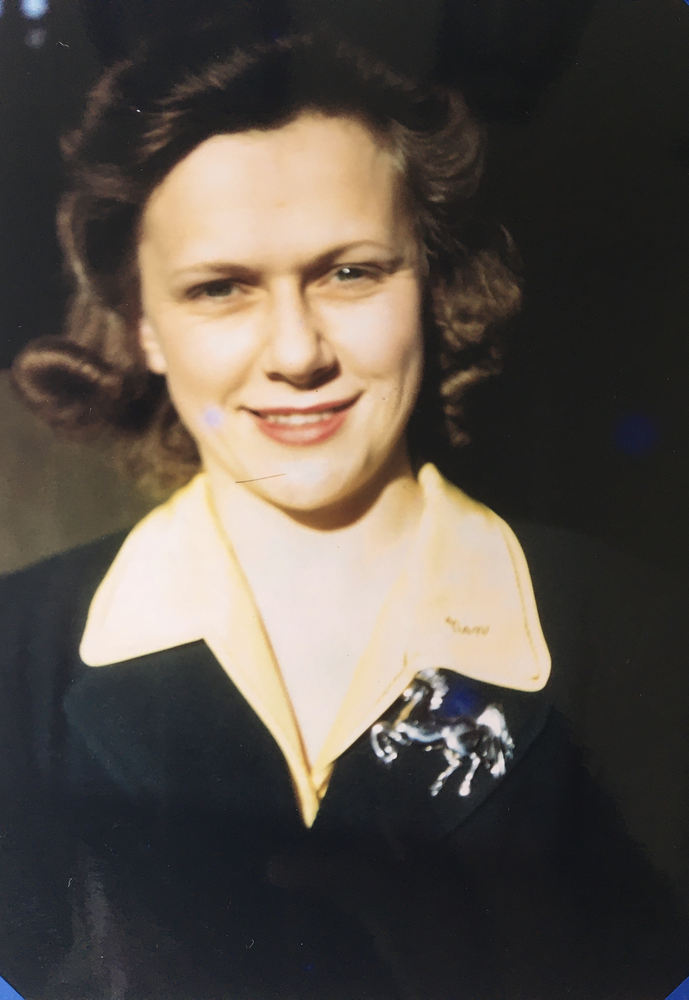 Nancy Fowler Whitney, formerly of Port Jervis, NY, Twin Lakes, PA and Vero Beach, FL, passed away on May 13, 2021 at The Valley View Center for Nursing Care in Goshen, NY at the age of 97.  The daughter of Albert Knapp Fowler and Edna Durant Fowler, she was born on November 23, 1923 in Randolph, Vermont. Her family moved to Matamoras, Pennsylvania when she was 6 months old.  A precocious student, she skipped a grade in elementary school and graduated from Matamoras High School at the age of 16 where her classmates wrote in the yearbook, “Nan’ is the girl who just stepped out of “Vogue” as she expresses herself by keeping in touch with the latest fads”. She attended Cooper Business School in Middletown, NY and worked for the First National Bank on Front Street in Port Jervis after finishing school.  She met the love of her life, Edson F. Whitney, on the bridge between the lakes in the summer of 1940 at Twin Lakes, Shohola, PA.  Separated by World War II, she and Edson married in 1946 after his return from being stationed in England with the US Army Air Force. They lived in Port Jervis, New York where she worked for the Port Jervis Union Gazette and then as the Secretary to the City Clerk of Port Jervis until her retirement in 1984.  Nancy and Edson then divided their time between summers at Twin Lakes and winters in Vero Beach, Florida.

Nancy was an adventurer and was never able to fulfill her dream of becoming an airline stewardess in the early days of commercial flight due to her short height and the requirement at that time that stewardesses be registered nurses. Her early heroine was Amelia Earhart.  She loved traveling and she visited and toured Swaziland, Africa, circumnavigated the globe in 1981, traveling to Hawaii, Japan, Hong Kong, Thailand, India, Germany, Switzerland, and England. Other travels took her to Bangladesh, Nepal, Vietnam, Italy, England, Scotland, Ireland, France, and cruises through the Panama Canal, the Mediterranean and the islands off the East coast of the US.  She volunteered and fund-raised for many causes and could be found riding her bike every day at Twin Lakes and in Vero Beach until she was in her late 80’s. She was a Paul Harris Rotary International Fellow, a member of the Circumnavigators Club of New York City and the Red Hat Society of Vero Beach.

Her husband, Edson Francis Whitney, pre-deceased her in 1997.  She was also pre-deceased by her brother, Robert D. Fowler, her cousin Bette Warner Smith and her son-in-law, Joseph E. Sanchez.  She is survived by her son and daughter-in-law Edson E. and Barbara Whitney of Twin Lakes, PA and her daughter Pamela Sanchez of Twin Lakes, PA; grandchildren Christopher Whitney (Jessica Foulis), Sean Whitney (Sandra), Nikola Sanchez Andersen (Matthew), Matthew Sanchez, Whitney Sanchez, Zachary Sanchez and Alexandra Sanchez and one great-grandson, Jordan Wyatt Whitney.  A private service will be held by the family with burial in Pine Grove Cemetery at a later date.

Nancy was an avid reader and user of the public libraries and memorial contributions may be made to the Pike County Public Library.  https://pikecountypubliclibrary.com/

Share Your Memory of
Nancy
Upload Your Memory View All Memories
Be the first to upload a memory!
Share A Memory