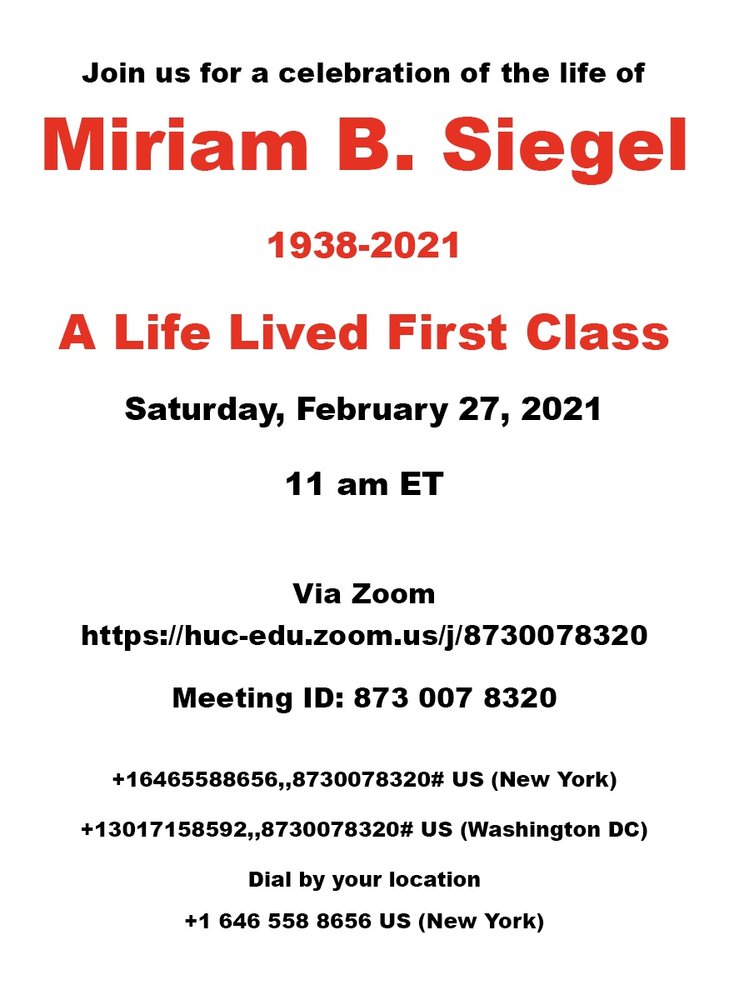 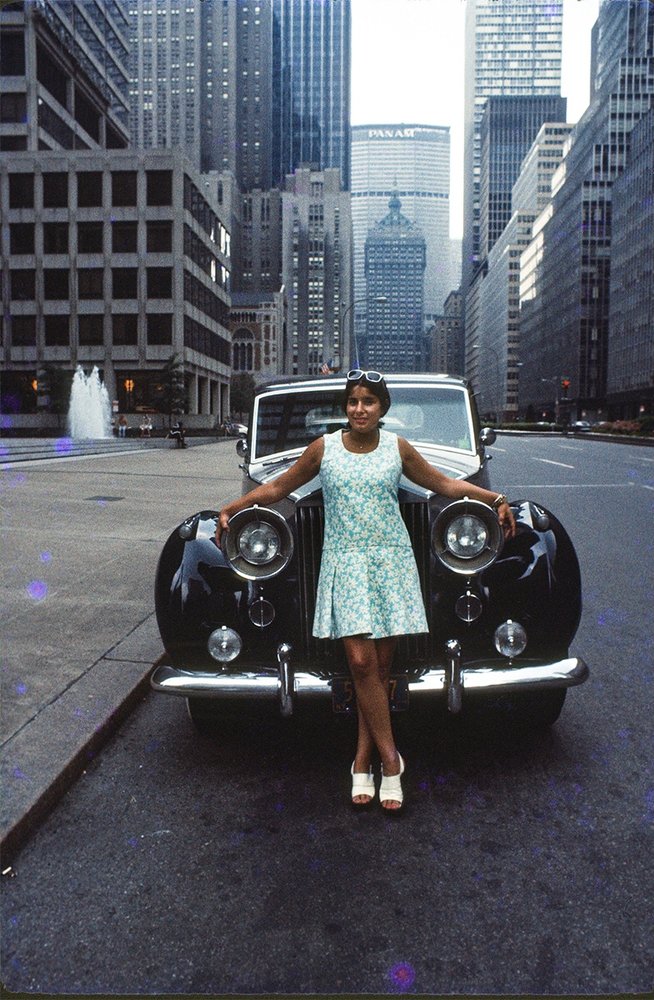 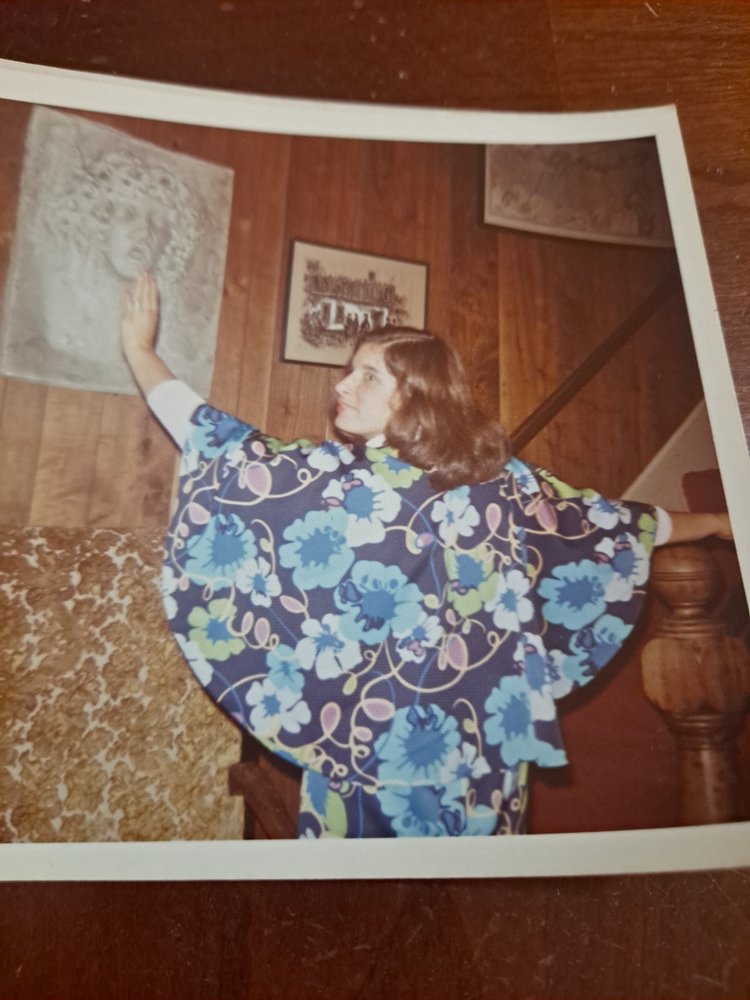 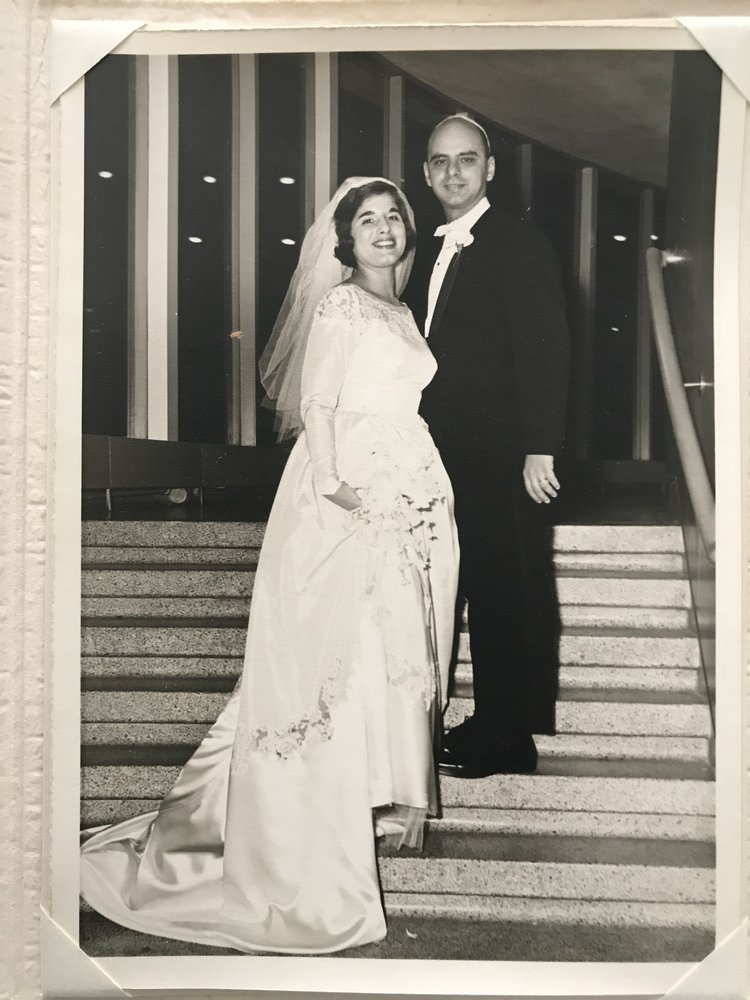 Miriam Barck Siegel, multitalented professional, world traveler, devoted wife, caring mother, and vibrant contributor to the life and culture of Milford, Pennsylvania, died Sunday, February 21 of heart failure at the age of 82. The co-founder and former editor-in-chief of the Pike County Courier newspaper, Miriam left a lasting legacy of quality local journalism in the region. A philanthropic spirit who volunteered her time to improve the Milford community, she served for many years on the boards of the Pike County Library, the Pike County Historical Society, GAIT therapeutic riding center, and was active in supporting many other charitable organizations and events. Something of a local celebrity, Miriam was known by seemingly everyone in Milford, where she had lived since 1963. Her quick wit, sophisticated sense of humor, stylish outfits, and frank appraisals of just about everyone and everything she encountered earned her the admiration and love of her expansive cadre of friends and colleagues, who generally considered her to be the life of every party. An enthusiastic globetrotter — with her late husband, her daughter, and on her own — she visited scores of countries on six continents over her lifetime and never tired of planning her next trip to new frontiers. Miriam Ann Barck was born on April 5, 1938, in Cleveland, Ohio, the daughter of Samuel and Rose Barck, and grew up in the University Heights section of the city. After high school, she attended the University of Michigan and graduated with a bachelor’s degree in English, and later did graduate work at Case Western Reserve University and Harvard Summer School. Early in her career she taught at Roxboro High Junior High School in Cleveland Heights and later at Great Neck South High School on Long Island in New York. It was during this period of her life that she met the man who would become her husband and lifelong companion, Arthur Siegel — a former captain in the Air Force Reserve and the head of his own advertising and public relations agency in New York City. They were introduced by Art’s sister, Helen, and married on December 22, 1963. After a brief stint living on the Upper East Side of Manhattan, the couple moved to Milford where Art eventually became an attorney and Miriam continued her teaching for a time at the Minisink Valley High School. After giving birth to two children, Hugh and Susie, Miriam took on a number of professions, including: managing partner in a travel agency; substitute teacher in the Delaware Valley School District; real estate agent; and executive director of the Tri-State Chamber of Commerce in Port Jervis, New York. In 1989, she and her husband started the Pike County Courier, a local newspaper that would fill a gap in independent journalism and feature reporting in the tri-state area. With Art as publisher, Miriam served as editor-in-chief. Together, they ran the Courier for 16 years, covering local events, culture and politics, and contributing memorable original content and commentary from the newspaper’s offices, which were just upstairs from Art’s law practice in Milford. After Art’s death in 2005, the paper was acquired by the Straus Newspaper Group, which continues to publish it today. Joined by their mutual love of the ocean, Miriam and Art traveled to beaches up and down the Eastern Seaboard through the early years of their marriage, always looking for that perfect spot to put up their umbrella. Finally, in the early 1990s, they discovered it at Topsail Beach, on the Outer Banks of North Carolina. There they built a summer house where they spent many happy days together. Throughout her life, Miriam was an avid reader, a fan of classic Hollywood films and live theater from every era, and a lover of music in many forms. She believed the arts were essential to the spirit of any community and was an avid supporter of the local Black Bear Film Festival, the Kindred Spirits, programming, and many other arts and culture events. She enjoyed fine cuisine and made pilgrimages to many of the world’s finest restaurants. She took entertaining very seriously and elaborate dinner parties she and Art threw never failed to delight their guests. In addition to her other pursuits, Miriam was accomplished at bridge and played regularly with friends from around the area as well as in competitive matches. Brought up in the Jewish faith, she continued her affiliation with Judaism throughout her life and had been a member of Congregation Beth Israel in Honesdale, Pennsylvania since 1980. Miriam is survived by her son, Hugh Siegel, and his wife, Andrea Ramirez, of Jeffersonville, New York, and her daughter, Susie Siegel of San Francisco, California. and Susie’s boyfriend, Frank Gharmanlu, as well as nieces and nephews. Memorial donations in her name may be made to Kindred Spirits Arts Programs Inc., P.O. Box 603, Milford, PA 18337. Arrangements were made by Stroyan Funeral Home, 405 W. Harford St., Milford, PA (www.stroyanfuneralhome.com).
Share Your Memory of
Miriam
Upload Your Memory View All Memories
Be the first to upload a memory!
Share A Memory