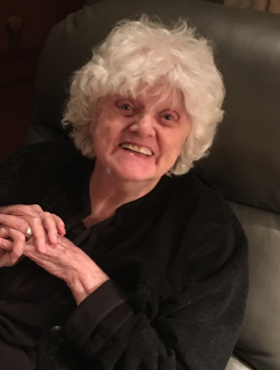 Mary Constance Delevie Underhill, “Connie”, passed away peacefully in her sleep on February 3rd, 2021. She was the loving wife of Harold Underhill who is deceased. Born in 1927 in Astoria, Queens, Connie attended Newtown High School and later graduated with a degree in English from Fordham University. Words mattered to Connie and writing became her life’s calling. After a brief stint in banking, Connie discovered her real passion to be in the written word and after boldly relocating to the Caribbean, she became a featured writer for The San Juan Star; the Pulitzer Prize winning English-language daily newspaper in San Juan, Puerto Rico. After a subsequent editing assignment in Jamaica, she returned to The Star as the Sunday Magazine editor. She reigned supreme as San Juan’s cultural and social chronicler for 31 years. Connie’s exceptional ability to articulate nuance combined with an extraordinary literary style made her a sought-after mentor in the business. Up and coming writers at the time recall her supportive nature and generous help in editing their various articles and books. During her time in Puerto Rico, she enjoyed the company of an ever-expanding close-knit group of expats whose adventures and exploits defined an era depicting the carefree and exhilarating San Juan lifestyle of the 1960’s and 70’s. She retired to Montclair, New Jersey and spent the remainder of her life visiting with close friends; many of whom had also left the Caribbean for the Northeast, and happily volunteering in her church. She could be found doting on her beloved kitties and remained an avid reader. Connie will be remembered by her close friends as an independent, unconventional woman of astute mind who was endearingly embraced and cherished by all who knew her. Burial took place at Calvary Cemetery, Long Island City, NY. Arrangements were made by Stroyan Funeral Home, 405 W. Harford St., Milford, PA 18337 (www.stroyanfuneralhome.com).
To plant a beautiful memorial tree in memory of Mary Underhill, please visit our Tree Store

A Memorial Tree was planted for Mary
We are deeply sorry for your loss ~ the staff at Stroyan Funeral Home, Inc.
Join in honoring their life - plant a memorial tree
Services for Mary Underhill
There are no events scheduled. You can still show your support by planting a tree in memory of Mary Underhill.
Plant a tree in memory of Mary
Share Your Memory of
Mary
Upload Your Memory View All Memories
Be the first to upload a memory!
Share A Memory
Plant a Tree