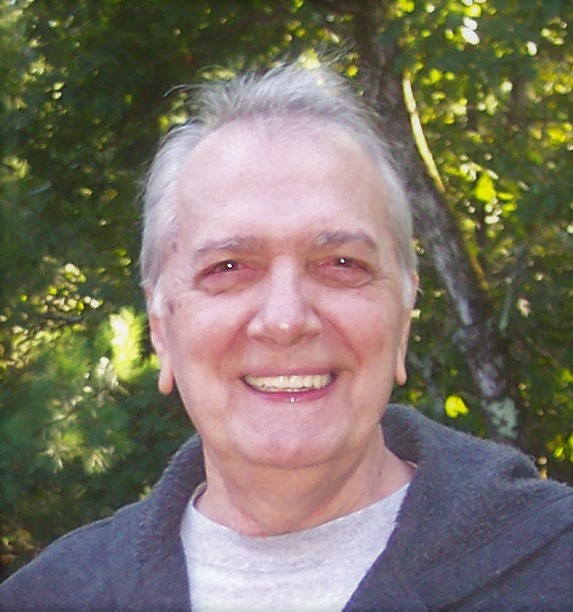 Raymond F. Kern, 81, of Milford, PA passed away peacefully at home on December 19, 2020 after a courageous battle with cancer under home hospice care provided by his loving wife of 57 years, Thelma “Tammy”, and compassionate nurses and aides. The son of the late Raymond and Margaret (Dorman) Kern, “Ray” was born on December 20, 1938 in Manhattan, NY. In his early school years, Ray developed an interest in performance music. He made his mother proud as a member of the Knights of Columbus Drum and Bugle Corps Marching Band, as a bugle player. He attended Power Memorial High School in NYC. Upon his first school band performance, his mother waited anxiously for his expected violin solo after months of lessons. She watched, much to her chagrin, as he went onstage with his trombone, which he secretly practiced on their apartment building’s rooftop. His playing, combined with his charm and wit won her over and she learned to appreciate his choice. Ray left high school to enlist in the United States Air Force at age 17 where he served his country from 1957 to 1961 as part of the 674th Radar Squadron, Osceola AF Station, WI as a Radar Repairman. Additionally, he served some of this time with secret security clearance at Bolling Air Force Base, Washington, DC. Through the Air Force, Ray earned his GED in 1958 and was awarded a Good Conduct medal in 1960. Ray and Tammy met on the job at Merritt’s Protection Agency, a retail shopping service, where it was love at first sight. The seemingly mismatched pair started dating on Valentine’s Day, 1962, a true story of “opposites” attracting in the best of ways. They married on November 29, 1963, residing in Brooklyn, New York where they eventually owned a home in the Mill Basin neighborhood and raised their two daughters, Laura and Debra. Ray worked with NY Tel which later became Verizon, in locations across Manhattan and Brooklyn, starting in 1963. During his 50’s, inspired by his daughters’ college graduations, Ray attended Brooklyn College’s Special Baccalaureate Program rediscovering a love for learning and his talent and passion for writing. Some of his favorite novels at that time included “The Man from LaMancha” and “The Three Musketeers”. Ray retired as an ESS switchman, Manager in 1999 after 36 years. Tammy retired from Brooklyn College soon after when they took in her mother Brasilusa to live with them. They then relocated to Milford, Pennsylvania in 2002. Ray had a lifelong love of music; especially “Big Band”, Stan Kenton, the Kingston Trio and Frank Sinatra. He was an enthusiastic sports fan of the NY Giants football and NY Mets baseball teams. His passion for music and performances passed down through his grandchildren who performed in and out of school over the years -- Nikolas (guitar and drums), Bryan (violin), and Samantha (alto-saxophone). Ray became an avid video gamer in his 70’s and after. He shared an appreciation of similar gaming genres with his grandson, Bryan. Ray shared a love of classic movies, especially The Godfather and sequels, with his granddaughter, Danielle. Raymond will be remembered additionally for his enjoyment of good food, a wry sense of humor, and love for his family. His favorite family saying was “one more thing…” due to his wife’s and girls’ shared “gift of gab”. In addition to his parents, Ray was predeceased by his brother William Kern and his mother-in-law Brasilusa “Brasy” DeMello. He is survived by his wife Tammy; daughter Laura Kern and her husband Thomas Dloughy of Scotchtown, NY; daughter Debra Best of Piscataway, NJ; and grandchildren Nikolas Heidt and his wife Crystal; Danielle Heidt, Bryan Best, and Samantha Best. Cremation was private at the discretion of the family. A private prayer mass and memorial to be held for immediate family only. Final interment will be at Milford Cemetery, Milford, PA. alongside his beloved mother-in-law, Brasy in the Spring of 2021. Memorial donations in memory of Raymond may be made by check payable to Karen Ann Quinlan Hospice, 99 Sparta Avenue, Newton, NJ 07860. (https://www.karenannquinlanhospice.org/donate-support/donate/) Arrangements were made by Stroyan Funeral Home, 405 W. Harford St., Milford, PA 18337 (www.stroyanfuneralhome.com). The family would like to extend special thanks to the “angels” who helped in this time of need, Mariska and Manuel, and Father John Boyle who brought kindness and comfort to Raymond and his family in his final days. Ray, from your family, we just want to say - “One More Thing… We Love You”
Share Your Memory of
Raymond
Upload Your Memory View All Memories
Be the first to upload a memory!