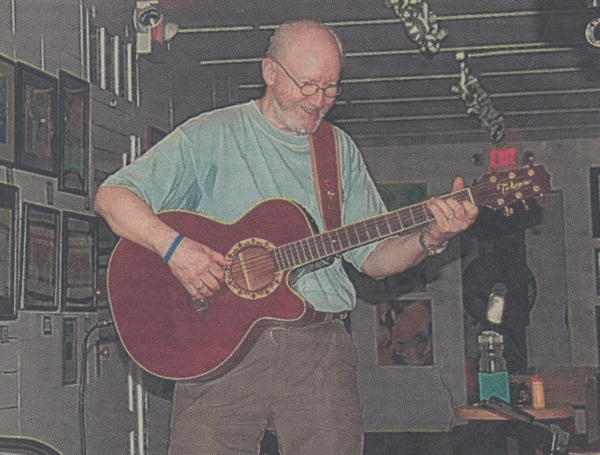 Walter E. Ashenfelter, 77, of Milford, PA passed away on Tuesday, September 22, 2020 at Karen Ann Quinlan Home for Hospice, Newton, NJ. He was a Designer/Engineer for CAD Packaging, Warrenville, NJ and former officer for the Philadelphia Police Force. Walter proudly served in the United States Navy from 1961 to 1964 and was a member of the Marsch-Kellogg American Legion Post 139, Milford, PA. He had a passion for music and will be remembered for his musical talents, having played at the Milford Music Fest and Music In The Park, Waterwheel Café, Milford Open Mic Night, the Black Bear Film Festival and the Lodge at Woodloch under his stage name Walt Edwards. The son of the late William Cyrus and Emma (Nelson) Ashenfelter, he was born on May 15, 1943 in Philadelphia, PA. He was married to Kathryn J. Wolf. Walter leaves behind his wife, Kathryn J. Wolf; children, Brian Ashenfelter and Lynn Pomponi, her husband Steven; stepson, Eric Wolf and his wife Cheryl; two grandchildren, Cameron and Abigail Wolf; Sister, Dolores Wasiek and her husband Kenny; and sister-law Rosalie Ashenfelter; And his dog he called his little girl, Rosie. Walter was preceded in death by his siblings, Middy Nowicki and Andrew Ashenfelter. Cremation was private at convenience to the family at MacLennan Hall Crematorium, Milford Twp., PA. If you desire, a donation by check may be made in Walter’s memory payable to: Milford Borough, Music In The Park and mailed to the Milford Borough Office, 500 Broad St., Milford, PA 18337. Please include “In Memory of Walt Edwards” as well. Arrangements were made by Stroyan Funeral Home, 405 W. Harford St., Milford, PA 18337 (www.stroyanfuneralhome.com).
Share Your Memory of
Walter
Upload Your Memory View All Memories
Be the first to upload a memory!
Share A Memory