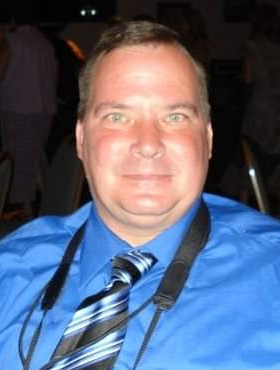 Ian Knox, 52, of Milford, Pennsylvania passed in peace on April 28th, 2020 at Westchester Medical Center after a lengthy illness. Born in Red Lodge, Montana to Allan R. And Sheila C. (Culhane) Knox, he was one of the first babies with Spina-Bifida born in the State of Montana. His parents were told to have him institutionalized or put in a state home and forget him. As babies born with this type of birth defect did not have a life expectancy past the age of 10. Their answer was not just NO but HELL NO, they instead found him the best medical care they could find. That began bi-annual trips to Denver Colorado for specialized treatment for his Spina Bifida and a lifelong friendship with his first nurse Carol Shubert started. He also received care and assistance from a family friend and a local Doctor of Veterinary Medicine, Andy Elting. Ian spent his lifetime proving every doctor wrong on their predictions. He was mainstreamed before that term ever existed in the common lexicon. Fitted with braces, he holds the record for wearing them out faster than any kid on the planet. When the braces were worn beyond repair, he was frequently seen riding a yellow skateboard along the streets of Red Lodge. In 1978 his family moved from Red Lodge, Montana to Milford, Pennsylvania where he began winning another town over with his mischievous ways. His medical care was transferred to Hershey Medical in Elizabethtown, PA where a new nurse Robyn Post became another lifelong family friend. His days in braces ended and his wheelchair days began, he was given the nickname “Wheels” from that point on. He could frequently be seen racing up and down Christian Hill Road where his family lived, occasionally “hitching a ride” holding the bumper of a neighbor’s car to get back up the hill, or rolling around the streets of Milford. One of his first jobs was the Milford Visitors Center, where he would expertly direct visitors on the places to visit in the quaint little Pocono town. He was a 1986 graduate of Delaware Valley High School and would later go on to study at Sullivan County Community College. He started his career with Pike County in 1996 as a 911 dispatcher and would later transfer to the County Transportation Department as a fiscal technician for transportation and served the County’s population with distinction. He spent two decades active in wheelchair sports, qualifying numerous years to race in the NYC Marathon handicapped division as a member of Achilles International. He was awarded the first handicap home from Habitat for Humanity in Pike County. Ian never let his handicap define or stop him from doing or trying anything. His father could often be heard telling him, “You are no different than your brothers and sisters, you just don’t have the use of your legs, don’t let that stop you.” And he didn’t, much to the ire of family or friends he would get out of his wheelchair and drag it up a set of steps “Nope I’ve got it!” was a familiar statement. He won those he met over with his wit, kindness. and sheer determination. Known for his love of a good “Scotch from Scotland”, bacon flavored everything, a good firearm, and collector of everything. A cherished friend and confidant to many, a beloved brother and uncle. He was preceded in death by his mother Sheila and father Allan Knox. He is survived by his siblings; Allan Cameron and Elizabeth Knox of Yorktown VA, Hillary and Joshua Perry of Moultrie GA, Seana Knox of Columbia Falls MT, and Colin and Jennifer Knox of Savannah, GA. Nieces Mackenzie Knox and Sarah Parry, nephews Chase Perry, Shawn Knox and Alexander Knox. Due to Covid-19 issues no local memorial is planned at this time. The family requests that donations be made in his name to Pike County Habitat For Humanity. They also request on May 26th, 2020, Ian’s 53rd Birthday, that all friends and family pause at 6:30pm and drink a toast to celebrate his life and the determined human being he was. Ian’s remains will be interned with his beloved parents in Roscoe, Montana, at the convenience of the family. Arrangements were made by Stroyan Funeral Home, 405 W. Harford Street, Milford, PA 18337 (www.stroyanfuneralhome.com).